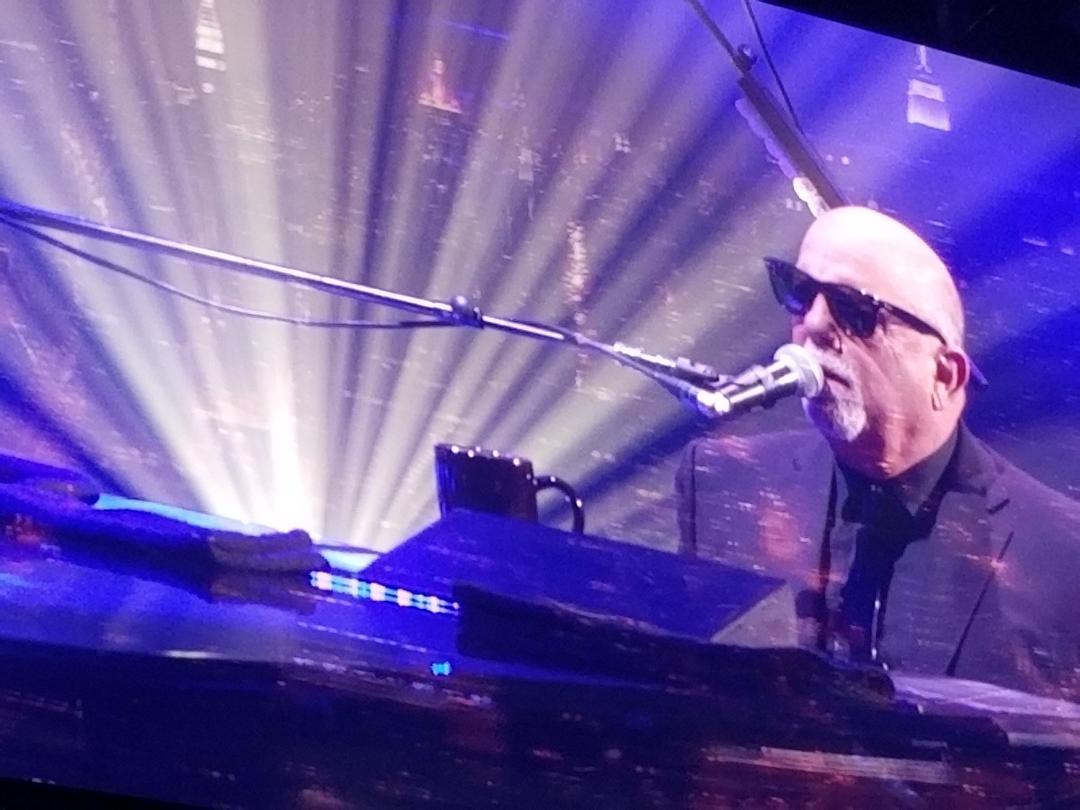 The arena was abuzz with the second stop by Joel in as many years at Amalie Arena (normally Joel will rotate between the main Tampa concert arena and Orlando’s Amway Center) and the “Piano Man” heightened the anticipation with a bit of a late start. Originally scheduled for 8PM, the show actually went off about a half-hour behind schedule. Once it began, however, Joel took the audience on a slightly longer than two-hour ride of a lifetime through his greatest hits (and some deeper cut gems).

Joel has been quite honest about his feelings regarding the current holder of the office of POTUS (and politics in general) and it was entirely predictable that, after the acquittal earlier in the week, Joel wanted to make a statement. He did just that with “We Didn’t Start the Fire,” getting asses out of the seats from the start while Joel himself grabbed a guitar and hammered out the tune rather than his normal seat behind a baby grand. 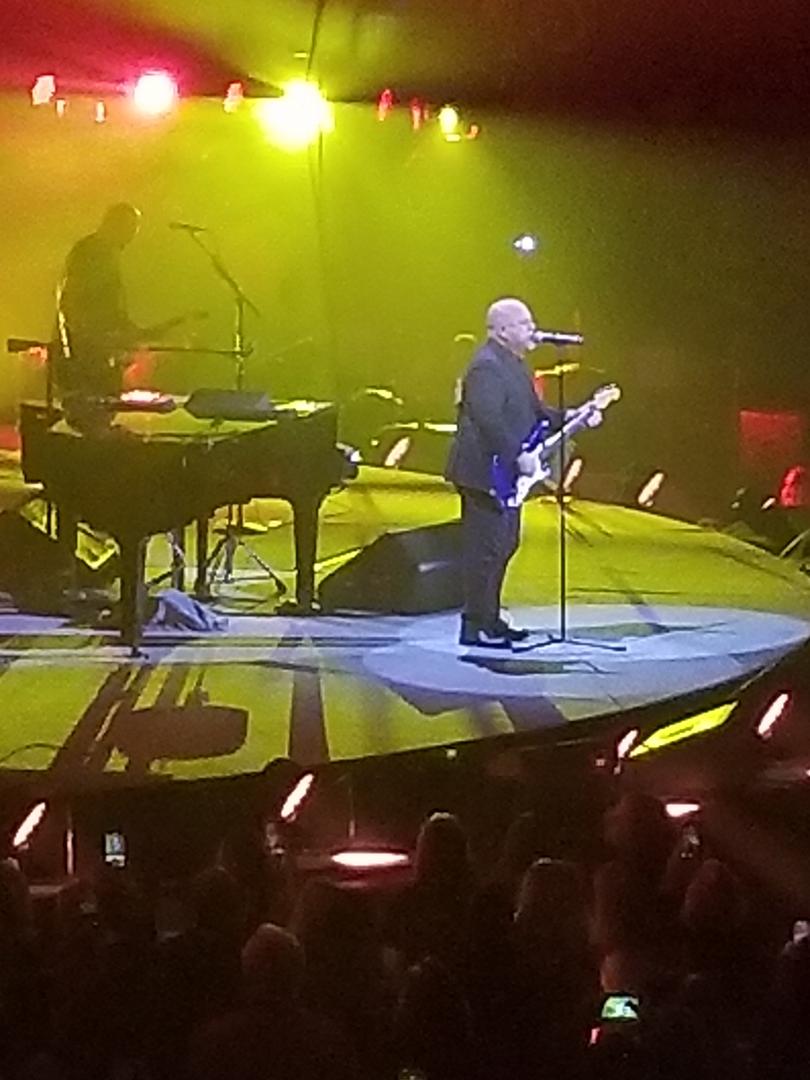 From there, Joel took the audience on a tour of his 20 year recording history (and it is surprising that is the extent of it – from 1971’s Cold Spring Harbor to 1993’s The River of Dreams, it seems like the Joel Era went on longer than that). Along the way Joel reflected on his advancing age (“I just turned 70…FUCK, that’s old!”), the fact that he was feeling a bit under the weather (but fought through it) and kept the audience enthralled with his recollections of how some of the most memorable music in the history of rock came about.

Joel wasn’t above poking some fun at himself, either. At one point, he gave the audience the option of two songs. One was the FM-radio staple “Just the Way You Are,” while the other was the deeper cut from the same The Stranger album “Vienna.” When the crowd reaction overwhelmingly went with the deep cut, Joel seemed relieved in commenting, “I’m glad you chose that. I feel like such a hypocrite” – an unspoken nod to his multiple marriages – “when I play ‘those’ songs!”

To say that Joel is still the 1980s prime Joel would be a false statement. He’s lost just a touch off the fastball, but he is such a consummate performer that he is able to make it work. He also has surrounded himself with arguably the best “road band” that you could have, with music director/keyboardist Dave Rosenthal, guitarist Mike DelGiudice (who provided Joel with a break in performing an absolutely stunning classical vocal piece), percussionist Crystal Taliefero and saxophonist Mark Rivera (prowling the stage with his sizzling work) being the highlights of the show. But, compared to others from “his era” (including Roger Daltrey, Paul Simon and Bob Seger), Joel is taking care of his vocal instrument and can still bring it when he needs it. 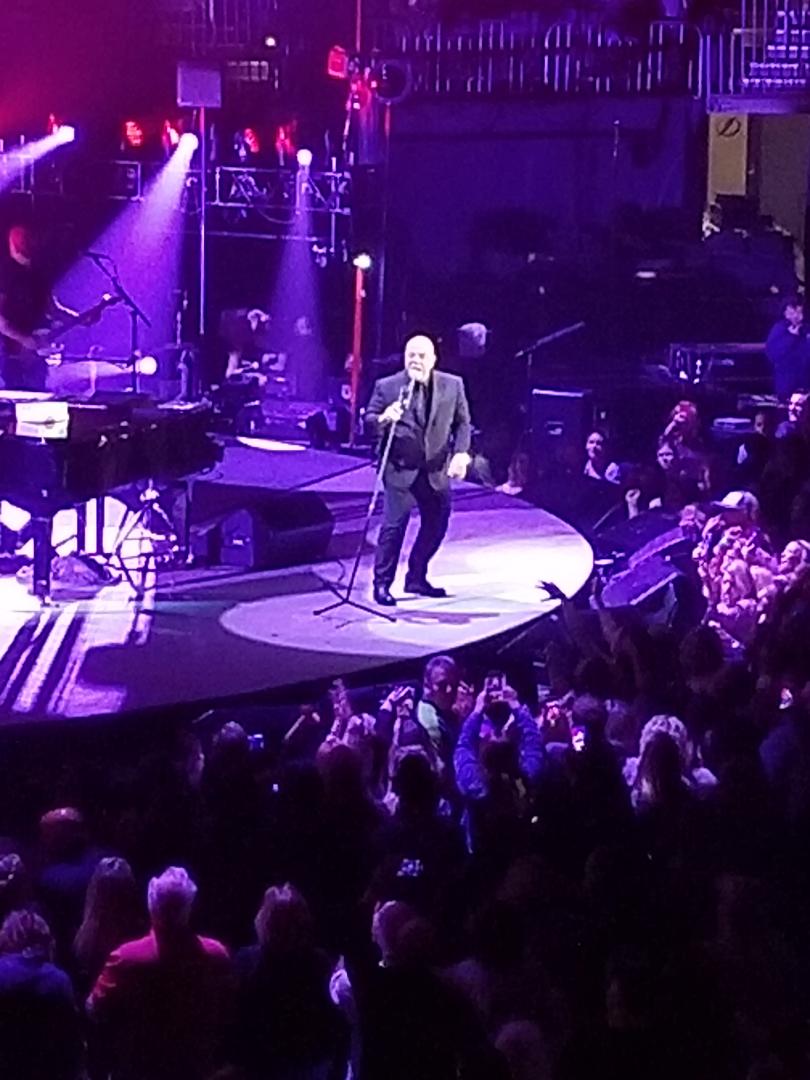 That’s a good thing because Joel is showing absolutely no signs of slowing down anytime soon. He loves getting in front of fans and playing his songs (he said in an interview with the Los Angeles Times’ Mikael Wood that what he does today “isn’t touring. “Touring is when you go out and you stay out,” Joel said in that 2017 interview. “You miss your family; it goes on and on and on and on. Now I play and then I go home. It’s a pussycat schedule.”) and he enjoys not having the pressures of having to come up with new material, satisfying record companies and the fickle fates of the consuming audience. Billy Joel doesn’t give a shit about those things anymore – and his fans are the beneficiaries when he comes to town. 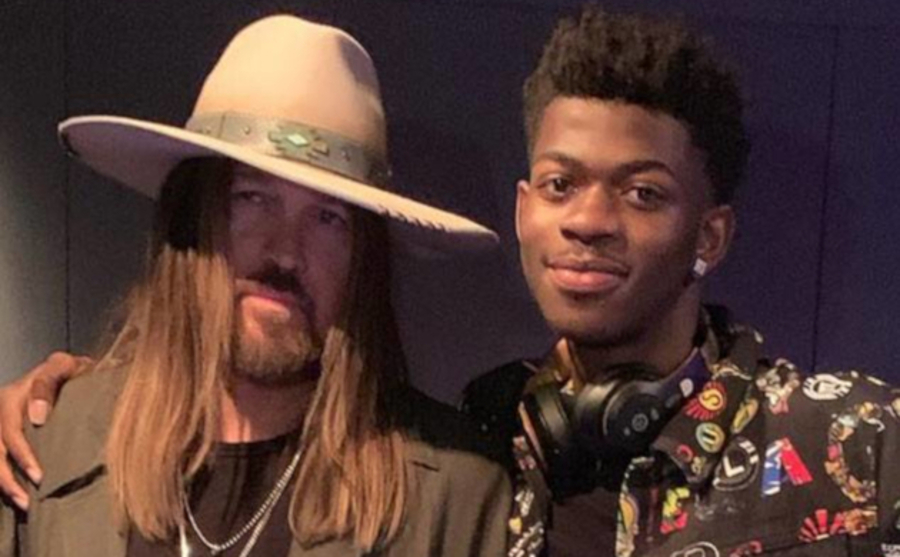 Hard to believe that another 12 months has rushed by and we find ourselves at the end of the year! The Renegades Radio Podcast is taking a look back at the year in music, from the women who dominated the charts to the MASSIVE hit song that was on everyone’s lips to the collaborations that made us sit up and take notice. And yes, rock & roll is still alive, even in a far flung location!

The Renengades Radio Podcast is also going to look at some of the news that broke during the year, including the biggest story of the year, the exposure of just how devastating the 2008 Universal Studios fire was to the music industry. It will be an entertaining hour, so join us! 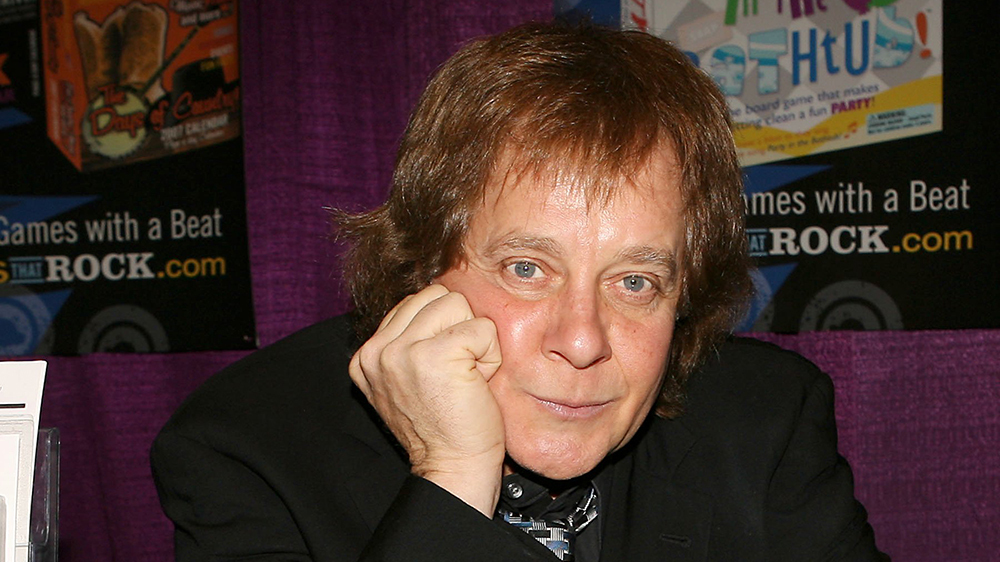 Hard to believe that another year has passed us by and, this time, also another decade. The Renegades Radio Podcast is taking time in this episode to salute those that departed this mortal plane in the past year. From some of the greatest musicians in the country ranks to legends of the rock world, there have been some saddening moments. But we can take solace in the fact that they left their musical legacies for us to enjoy and we will do that on this episode of the Renegades Radio Podcast! 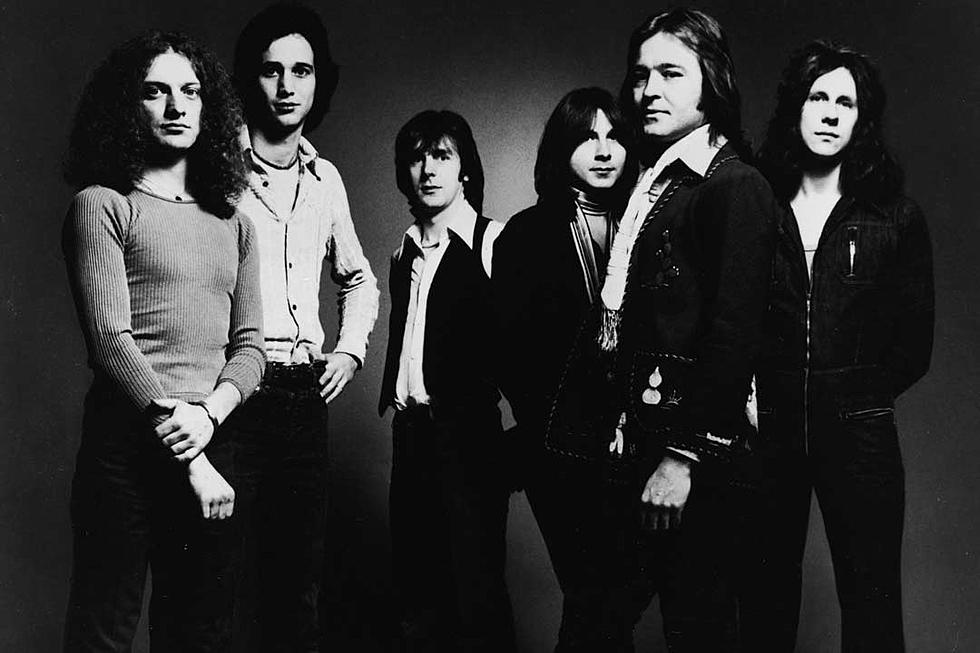 It is a question that is asked frequently when the discussion of the Rock & Roll Hall of Fame comes up. Of all the artists who have performed in the history of the genre, who REALLY deserves to be there that hasn’t gotten in yet? The Renegades Radio Podcast took this question to the Rock & Roll Hall of Fame Official Fan Space on Facebook and, after over 100 replies, got a general look at who the members of the Facebook page thought should be there.

Whether the genre is 70s rock, female vocalists and bands or singer/songwriters, the Fan Space was loud and proud about who they thought should be there! Join us for an hour (or so) and see if you agree with what the Rock & Roll Hall of Fame Official Fan Space thought about the subject! 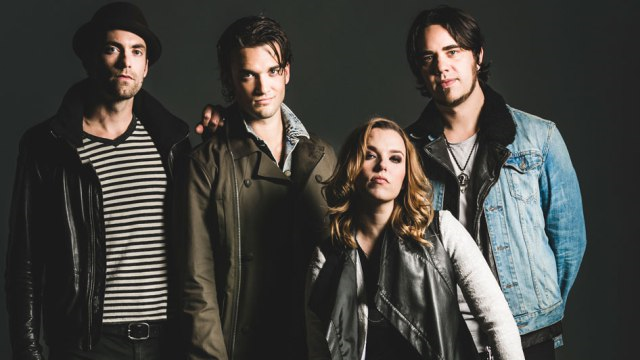 What difference does ten years make? We’re approaching the end of another decade, so it is time to look back over recent history and see what was some of the best music. Spotify took the time to poll its members and the Renegades Radio Podcast is playing some of the songs that came from that list while seeing where these artists started a mere ten years ago…and where they find themselves today!

Whether it is rock, pop, rap, alternative or country, the 2010s provided some excellent music, regardless of your own personal preferences! Take an hour to enjoy the best sounds of the 2010s on this episode of the Renegades Radio Podcast! 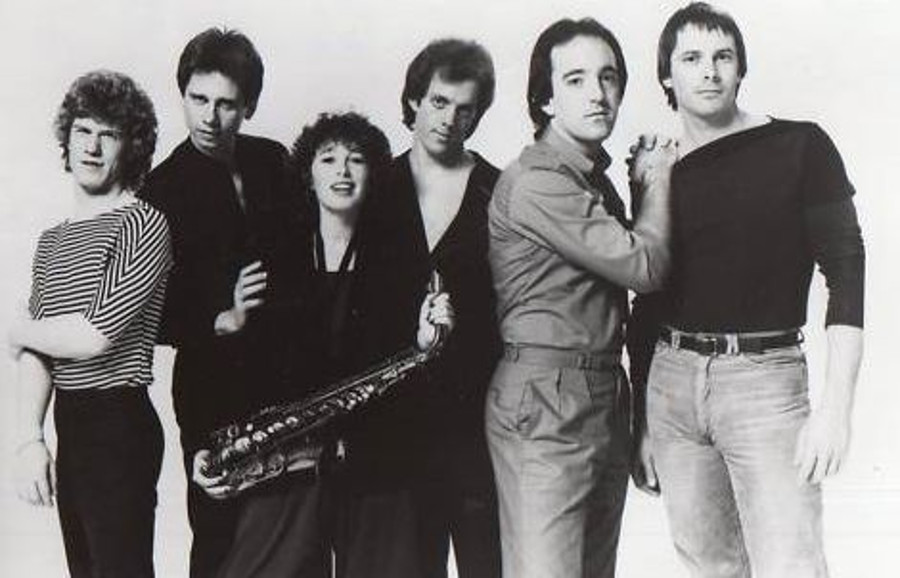 The Renegades Radio Podcast is in a celebratory mood as we salute those artists and groups who reached the pinnacle of the business and…then plunged back into obscurity. Yes, we’re talking about One Hit Wonders!

September 25 was One Hit Wonder Day in the States of America, saluting those musicians who were able to craft a song that captured the attention of millions. Faced with recreating that magic – one of the most difficult things to do as a professional musician – these artists and groups were unable to make it happen again. But, as you will learn, this hasn’t stopped these musicians from performing for adoring fans around the world!

What gems await you as we honor One Hit Wonders? Dive into the Renegades Radio Podcast and find out! 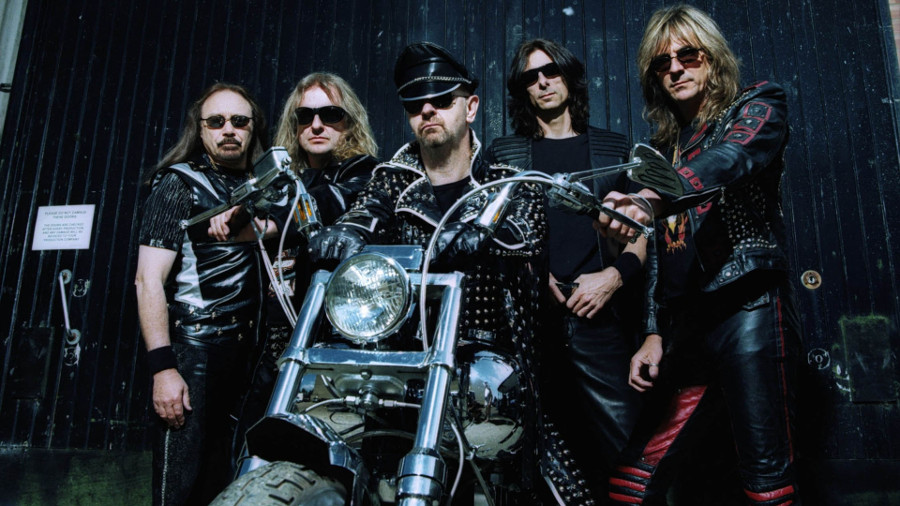 The Renegades Radio Podcast is back!

Wrapping up our two-part series on the nominees for the 2020 Rock & Roll Hall of Fame, this time around we’re taking a look at the artists who are probably more recognized as “rock” than those that were featured in Part I. These artists most definitely have the driving guitars, guttural bass and thundering drums that are recognized as being “rock and roll,” but that isn’t necessarily a guarantee for entering the Pantheon of Rock in Cleveland!

Whether it is classic rock, hard rock or even metal, these artists have all paid their dues and are worthy of induction. Who will get in? Could this be the time that a couple of long-overlooked rock veterans in Pat Benatar and Judas Priest earn their entry? Or could relative newcomers like Nine Inch Nails or Soundgarden break through the wall? It will be a hard rockin’ hour-plus of music as we review the final eight nominees for the Rock & Roll Hall of Fame on the Renegades Radio Podcast!

Some content on this page was disabled on July 29, 2020 as a result of a DMCA takedown notice from Recording Industry Association of America, Inc.. You can learn more about the DMCA here: 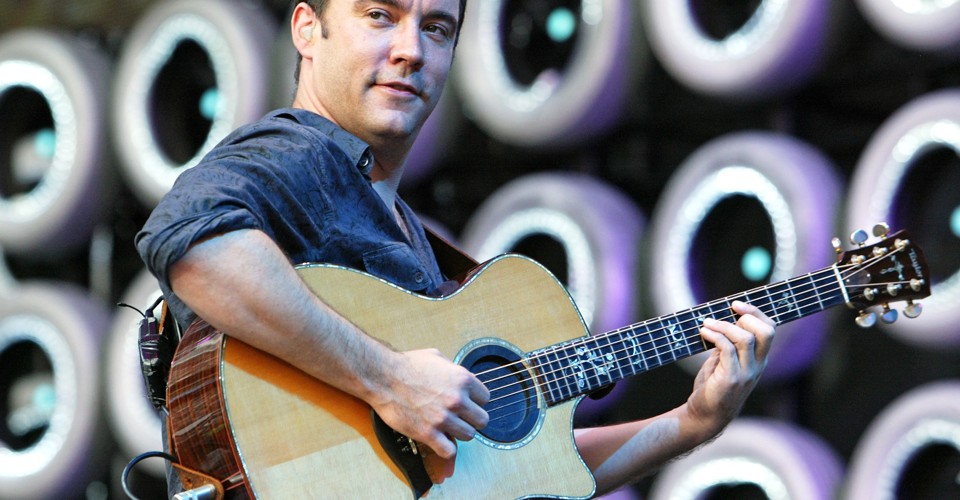 The Renegades Radio Podcast called an audible this time around. Instead of our look at One Hit Wonders (don’t worry, we put that on the back burner for the future), we’ve decided to have a two-part episode on the latest nominees for the Rock & Roll Hall of Fame!

There are 16 nominees this year for the Rock Hall and they are broken down into two distinct categories. In the first segment of the Renegades Radio Podcast, we’ll delve into those artists that were nominated that aren’t your “traditional” rock artists – those who were more pop, soul, R&B or other genres that don’t get recognized as “rock & roll.” In these eight artists, there are definitely two that will get in this year…but who are they? Listen in as we deliberate on the latest nominees for the Rock & Roll Hall of Fame! 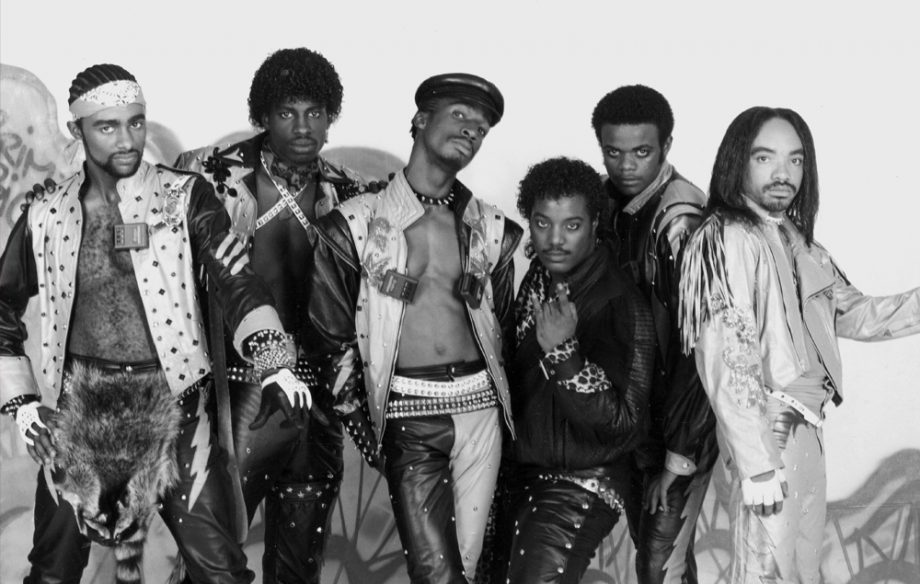 Take a listen to some of the artists here and let us know if you agree as we salute the crème de la crème…the best of the best…the greatest inductees into the Rock & Roll Hall of Fame on the Renegades Radio Podcast! 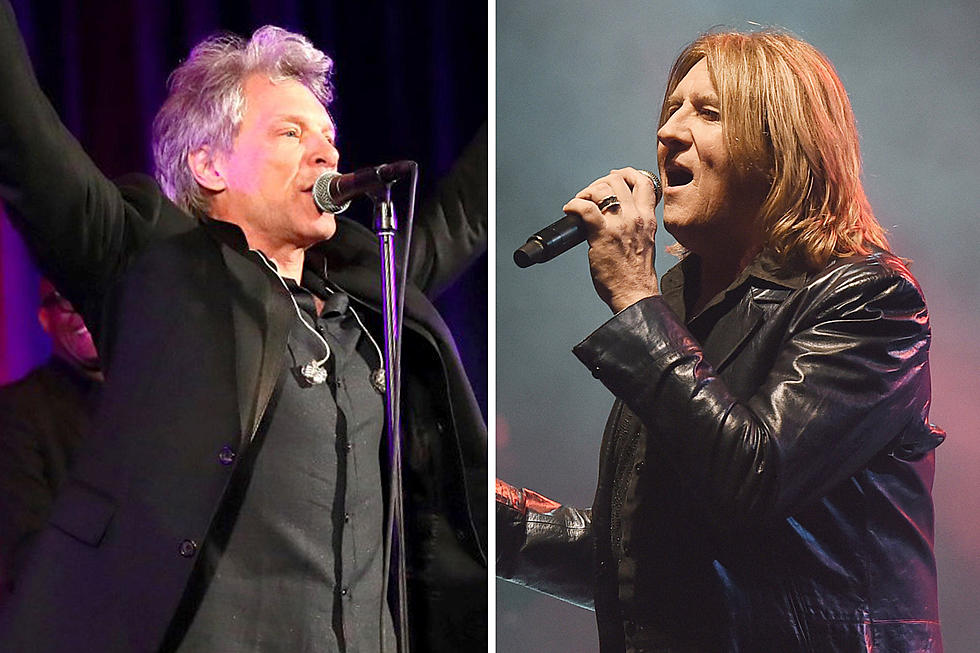 There have been 221 artists and groups that have been enshrined in the Rock & Roll Hall of Fame in Cleveland, OH. As with any group, there have to be the best…and the worst…of the inductees. In the first of a two-part episode of the Renegades Radio Podcast, we’re going to examine the rankings of those 221 members of the Rock Hall.

In Part I, we’re going to look at those who are considered to be the WORST of the inductees into the Rock Hall, and there are some surprises. Do you agree with rock historians and critics, who were responsible for compiling this list? Or are they off their rockers? Let us know by listening to this episode of the Renegades Radio Podcast and getting in touch with us afterwards!